We do the hard work for you, comparing deals from the biggest providers in France so you can get the right cover and save hundreds of euros on your premiums. Not even considering the cost and stress that may add up should you choose an insurance agent that doesn't understand where you are coming from!

Our mission is to make it as simple as Frenchly possible to find cheap car insurance quotes, so you can get off to a flying start on French roads.

Get a brand new quote 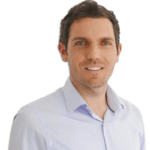 It's tempting to insure a vehicle with your bank or through the dealership but doing so could mean you end up paying more for your car insurance as they may not have converted your foreign insurance history into the maximum equivalent you could have had in France. Make sure to compare car insurance options with specialised english speaking brokers to save both time and efforts. Don't forget, choosing fully comprehensive cover and paying annually can bring costs down as well.

We're 100% independent, working only for our customers

Unlike some of our competitors, Fab French Insurance is not owned by an insurance company (not even fractionally).

We combine independence, so we can negotiate the best prices, with excellent customer service, to find the best value products and services.

Fab French Insurance
5.0
Based on 103 reviews Insurers consider lots of things when they work out how risky you might be. Obviously, the more of a risk you pose, the higher the price of your car insurance will be. French insurance premiums are mostly influenced by:

Whether it's a fender bender or total loss, our team is ready to help!

We do the hard work for you, companing deals from the biggest providers in France so you can get the right cover, save up on your premium and have it all explained in English.